The exhibition "Gif mo Goaze - 80 km of archaeology across West Flanders" was launched by the Province of West Flanders. The exhibition, which opens at Langemark-St. Poelkapelle's Paul's Church, displays artifacts that were discovered during the excavation process for the province's Fluxys gas pipeline. One of the biggest archeological digs in recent years in Flanders is this one. 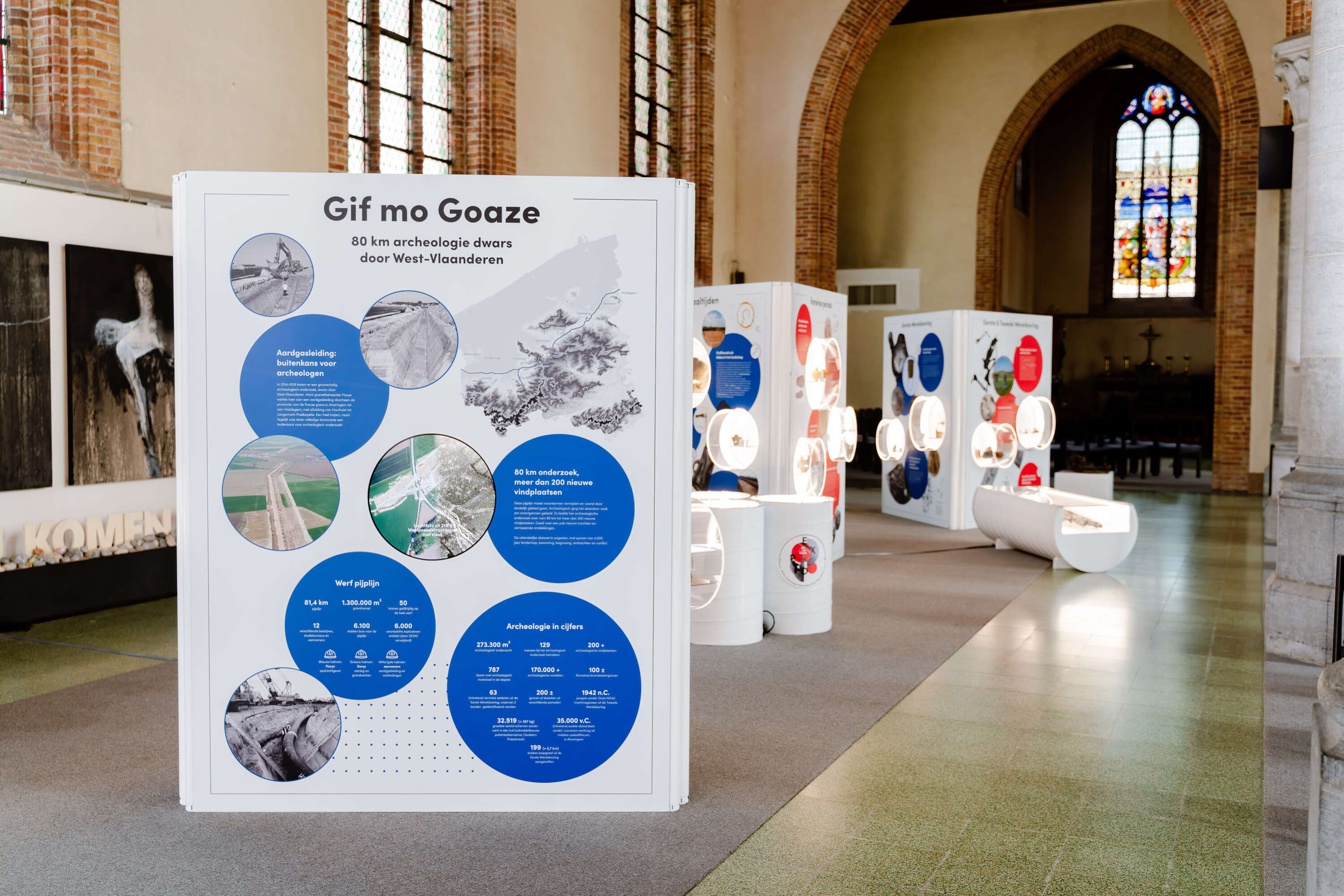 Between 2014 and 2016, an area between Alveringem and Maldegem that was at least 80 km long was archaeologically examined in order to get ready for the building of a new Fluxys gas pipeline.

More than 170,000 findings, 200 skeletons, 100 Roman fire remains burials, five Metal Age burial mounds, and other signs of human habitation from various time periods were discovered as a consequence of this search. 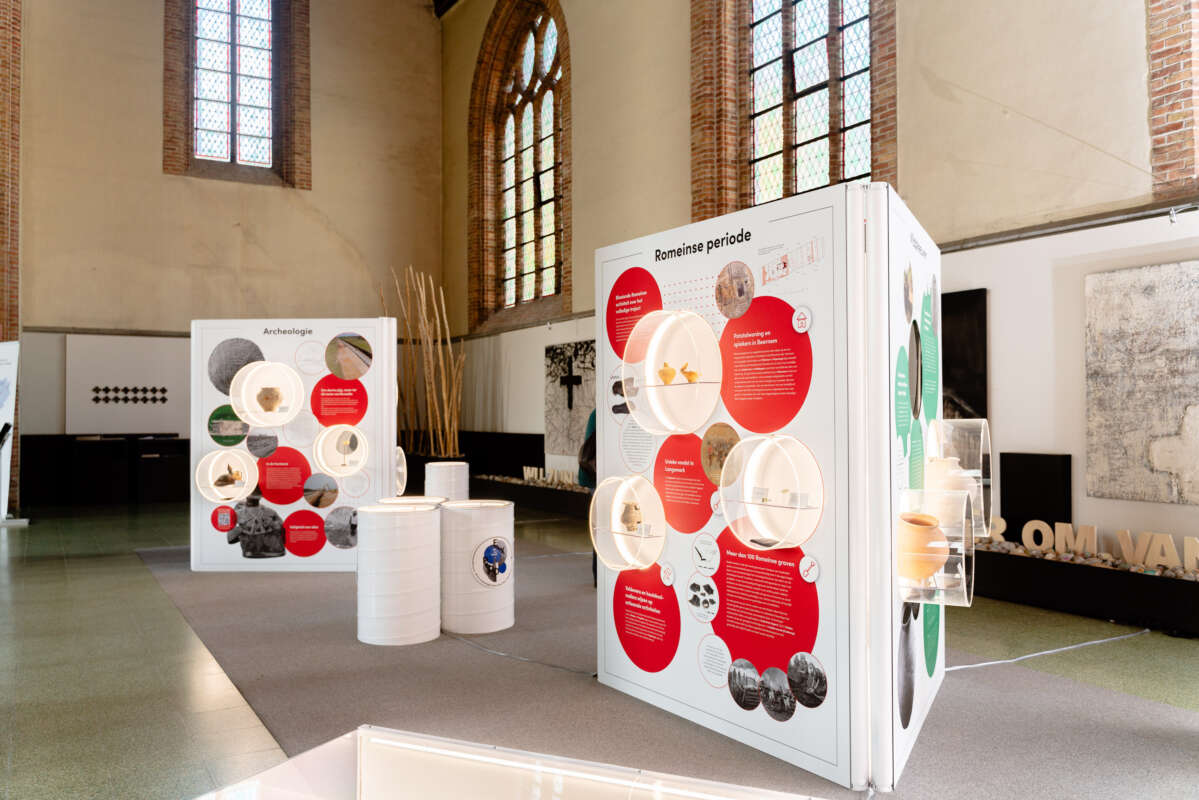 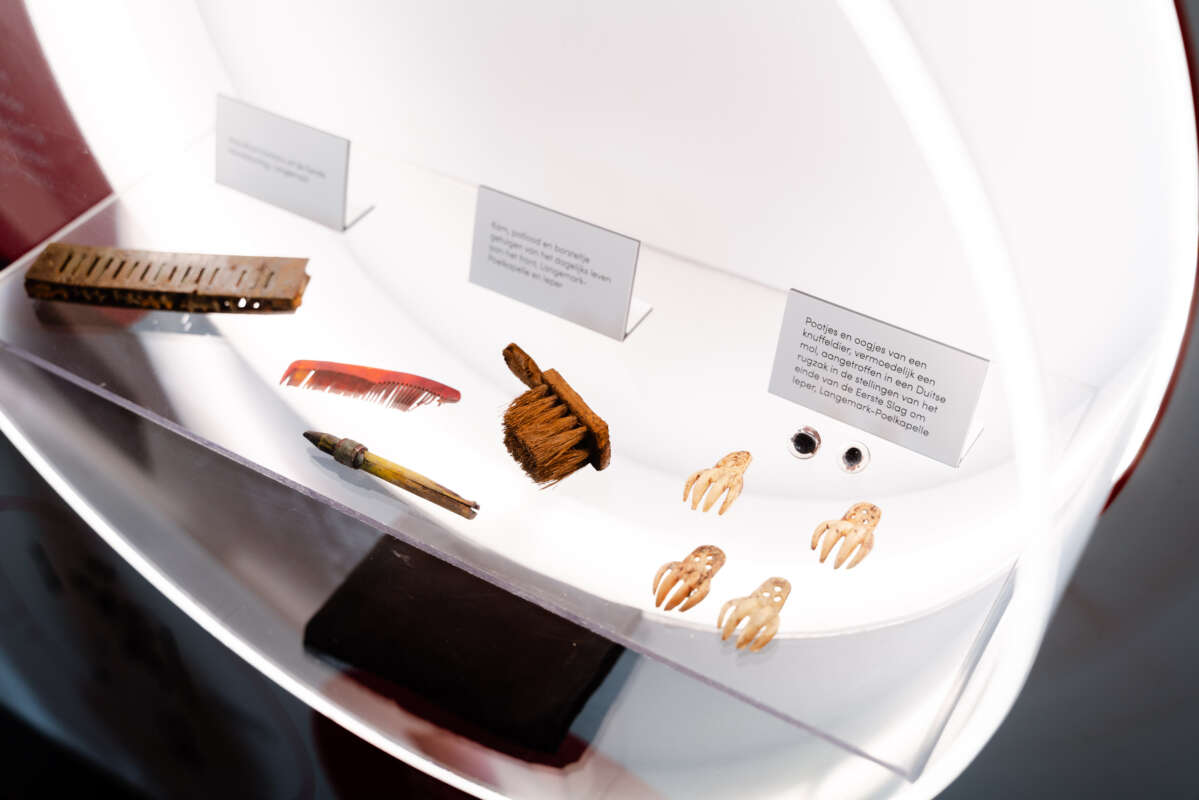 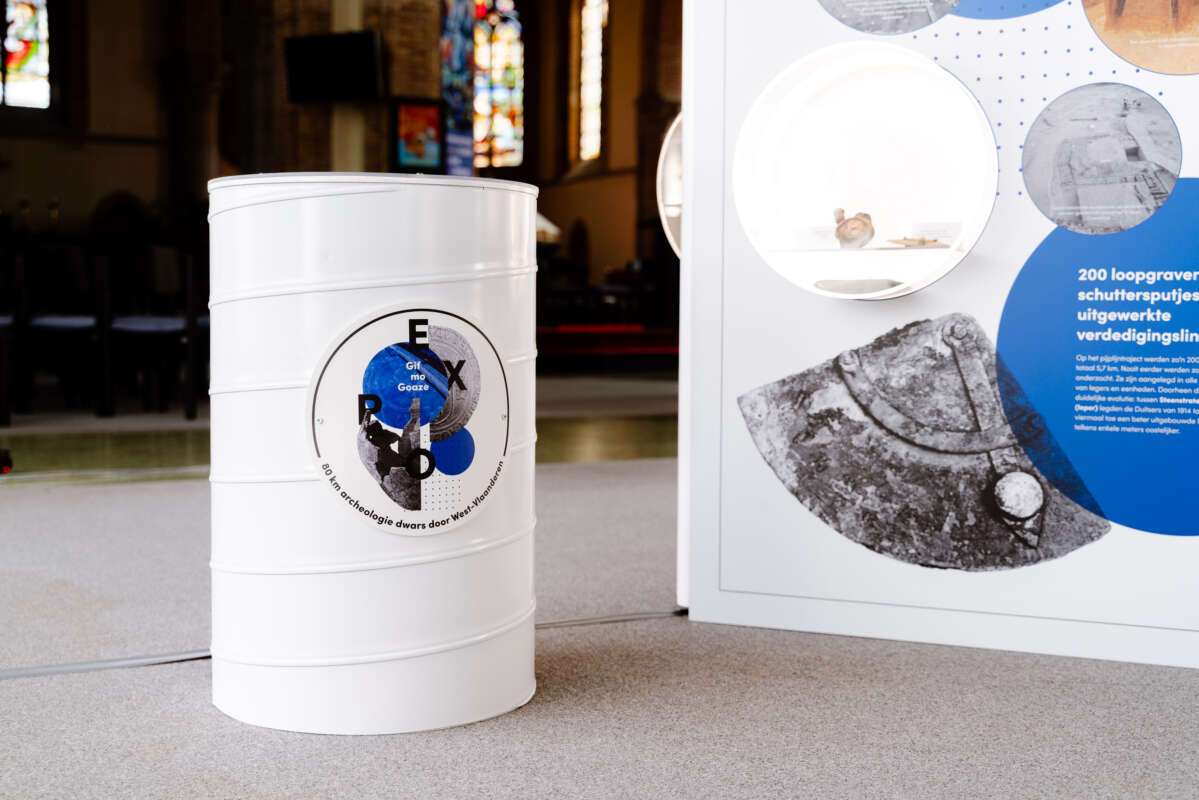 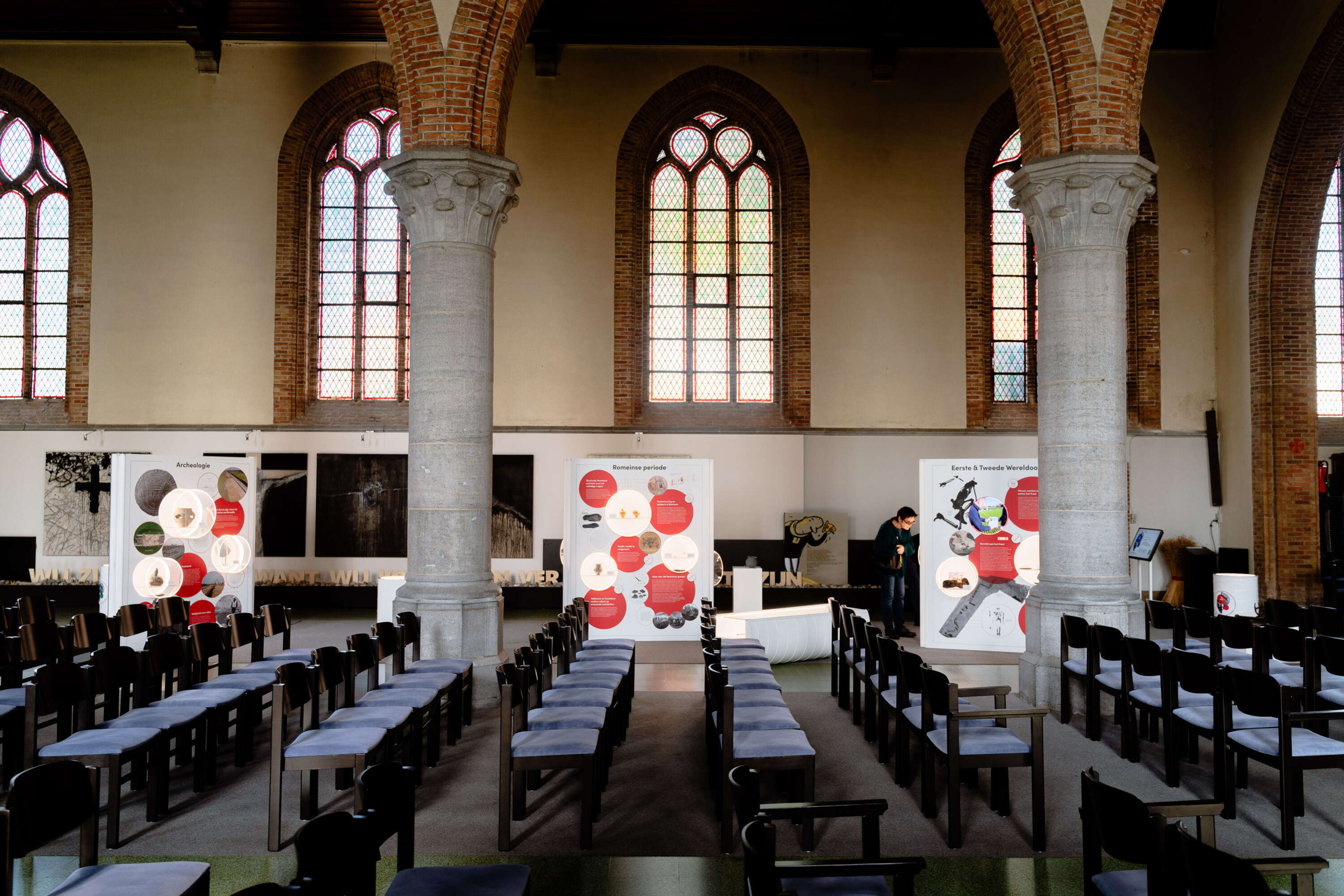 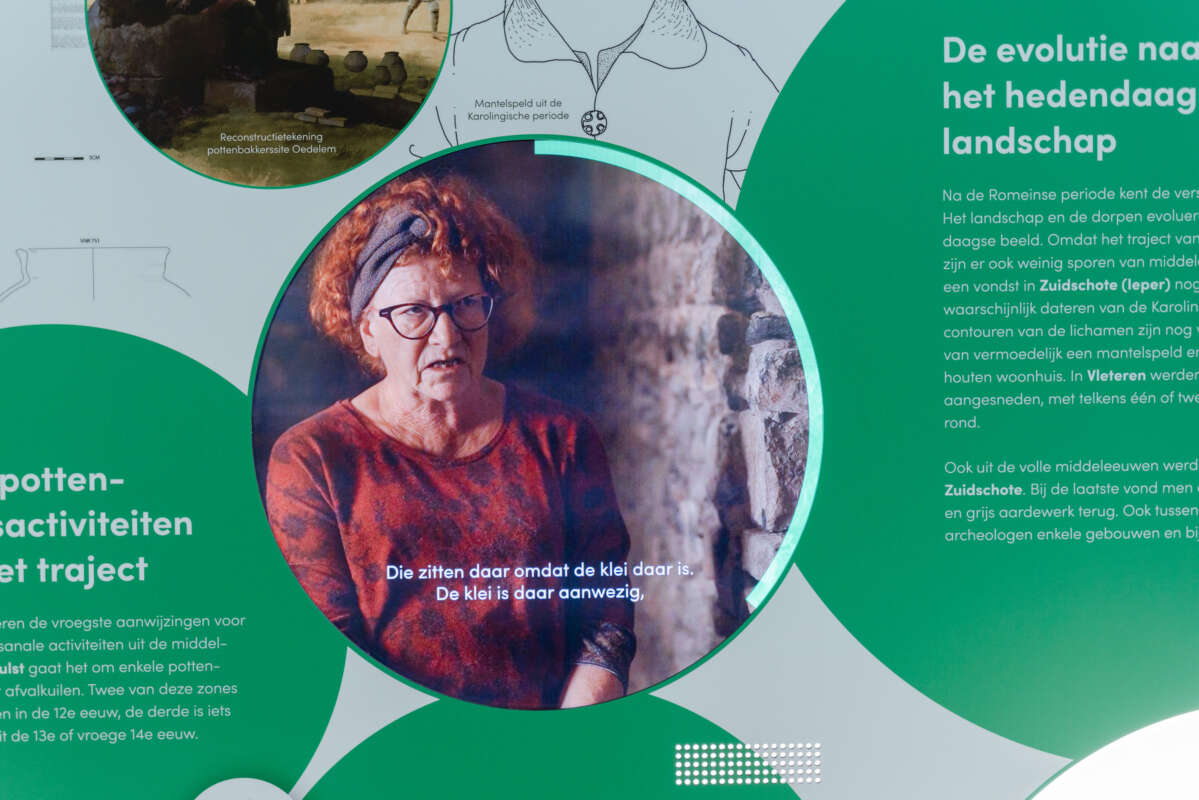 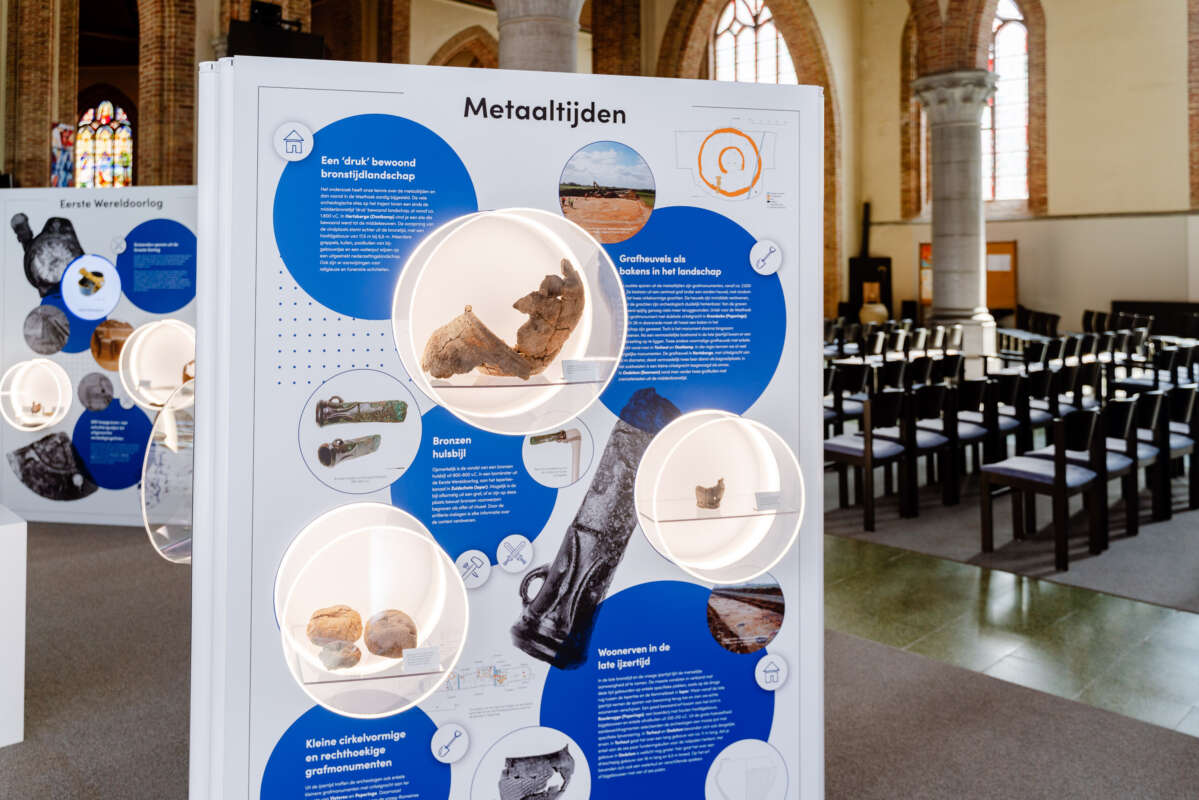 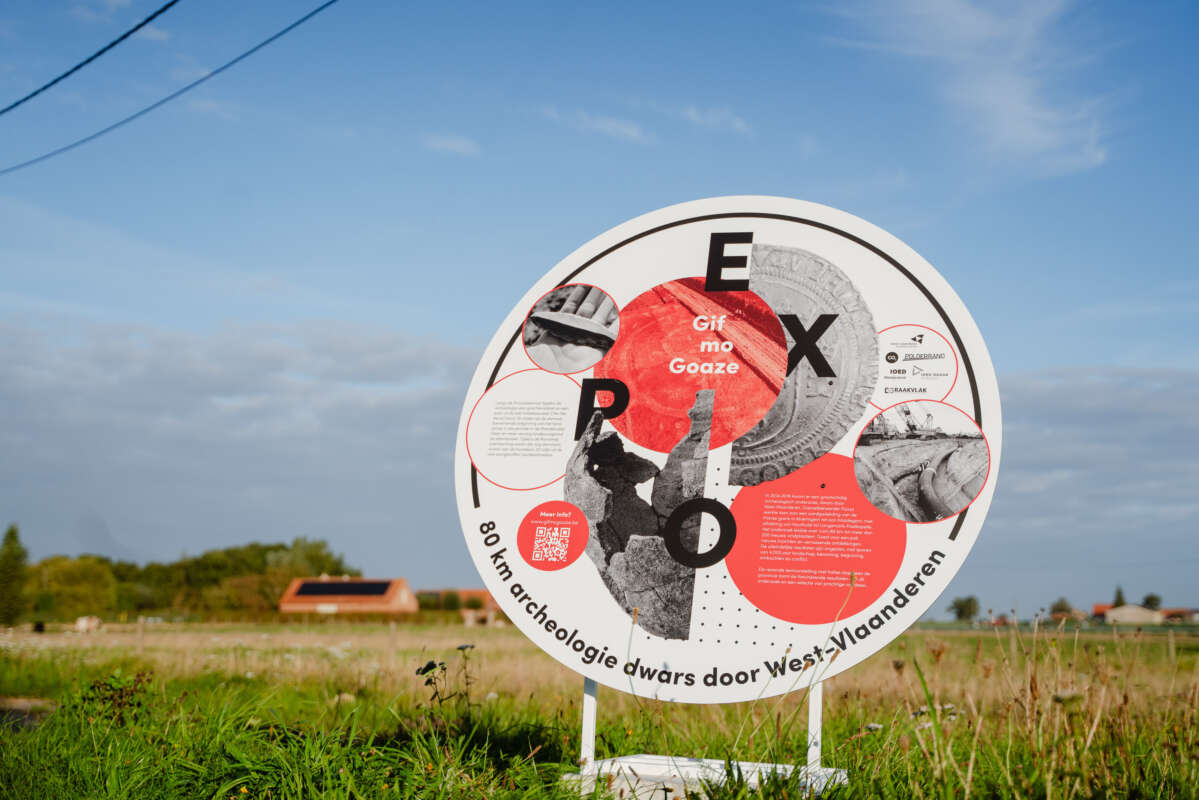 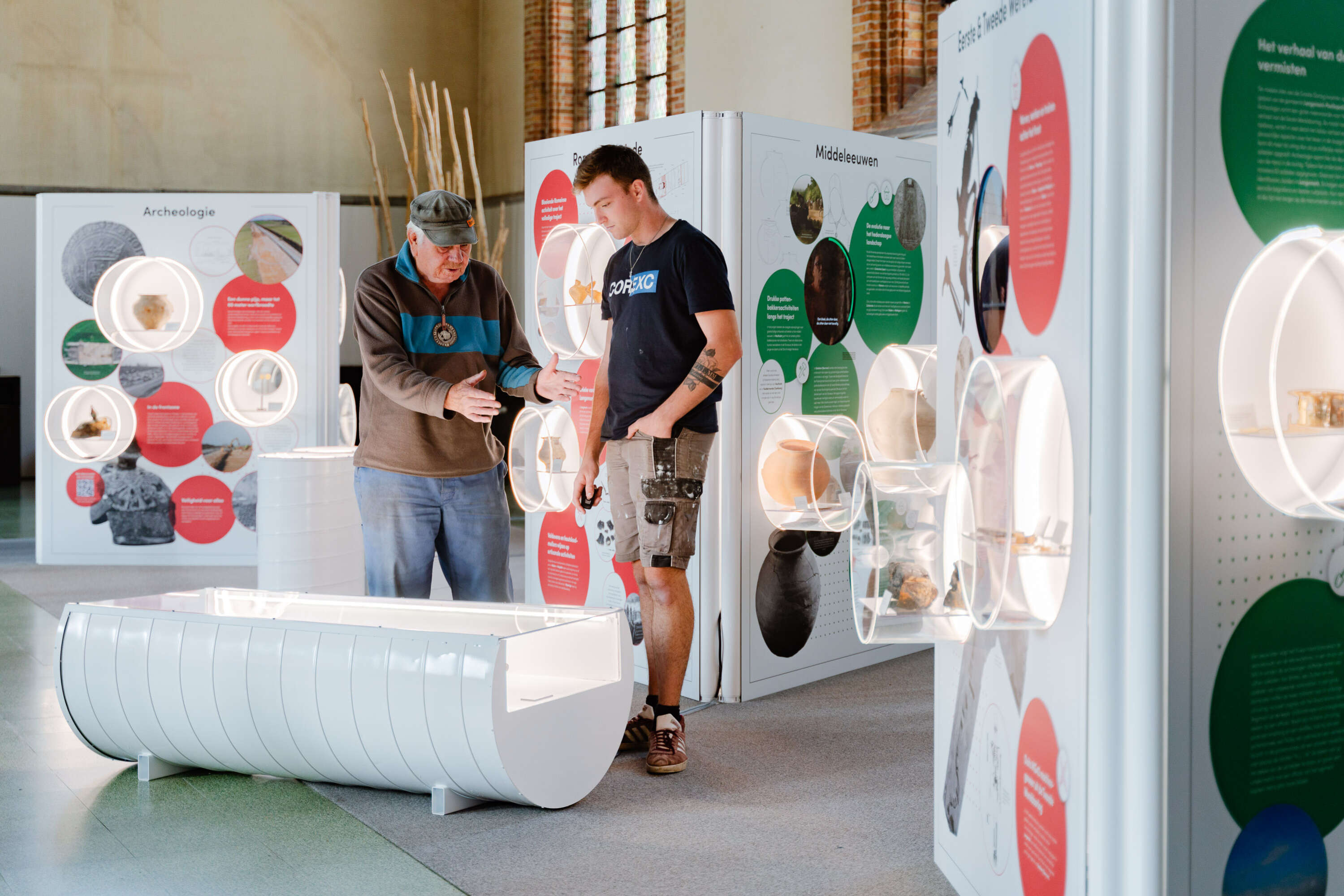 Fisheye compiled all of this data into a stunningly created exhibition that travels through West Flanders and takes you from the Stone Age to the Second World War.The fact that we were in charge of the entire process was our added value. Both the exhibition concept and the graphic design for the communication were created by our creative team. The designs were developed in 3D, and they were then successfully constructed in our workshops. A combination of methods, crafts, and CNC tools made sure that the concept's vision was not jeopardized by a successful and exacting implementation. 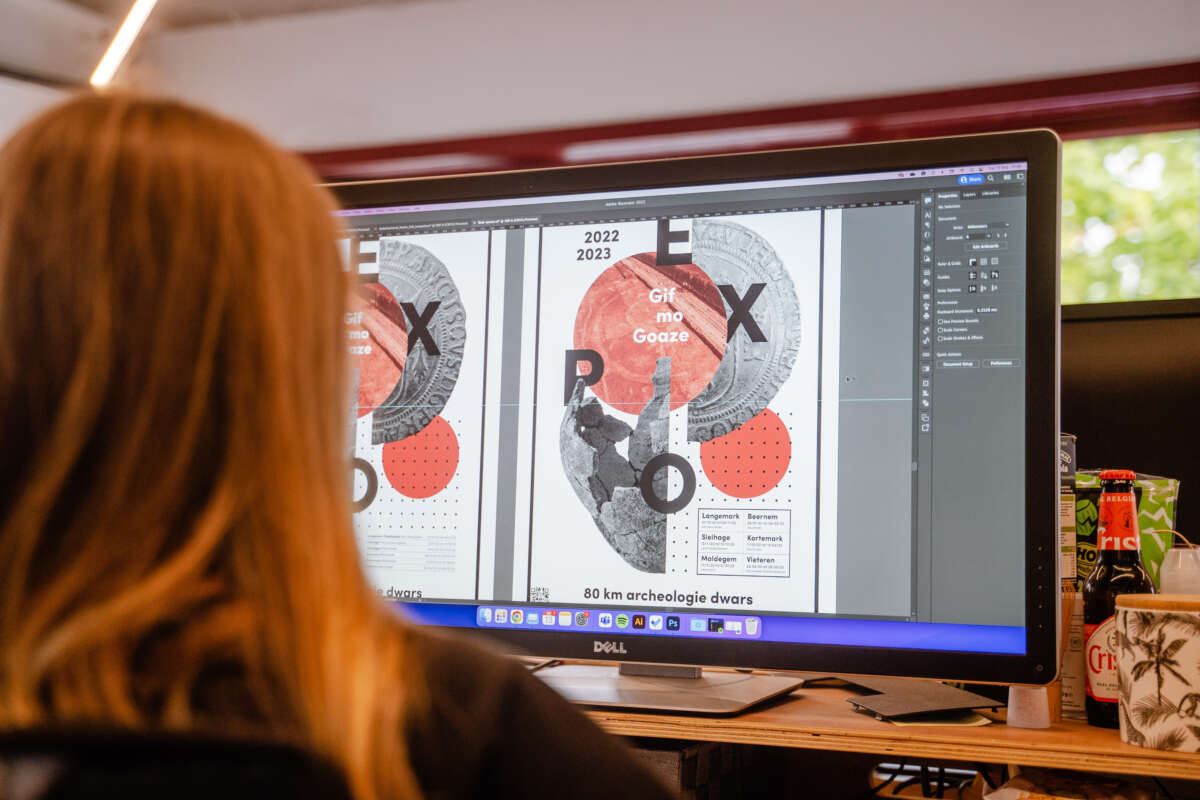 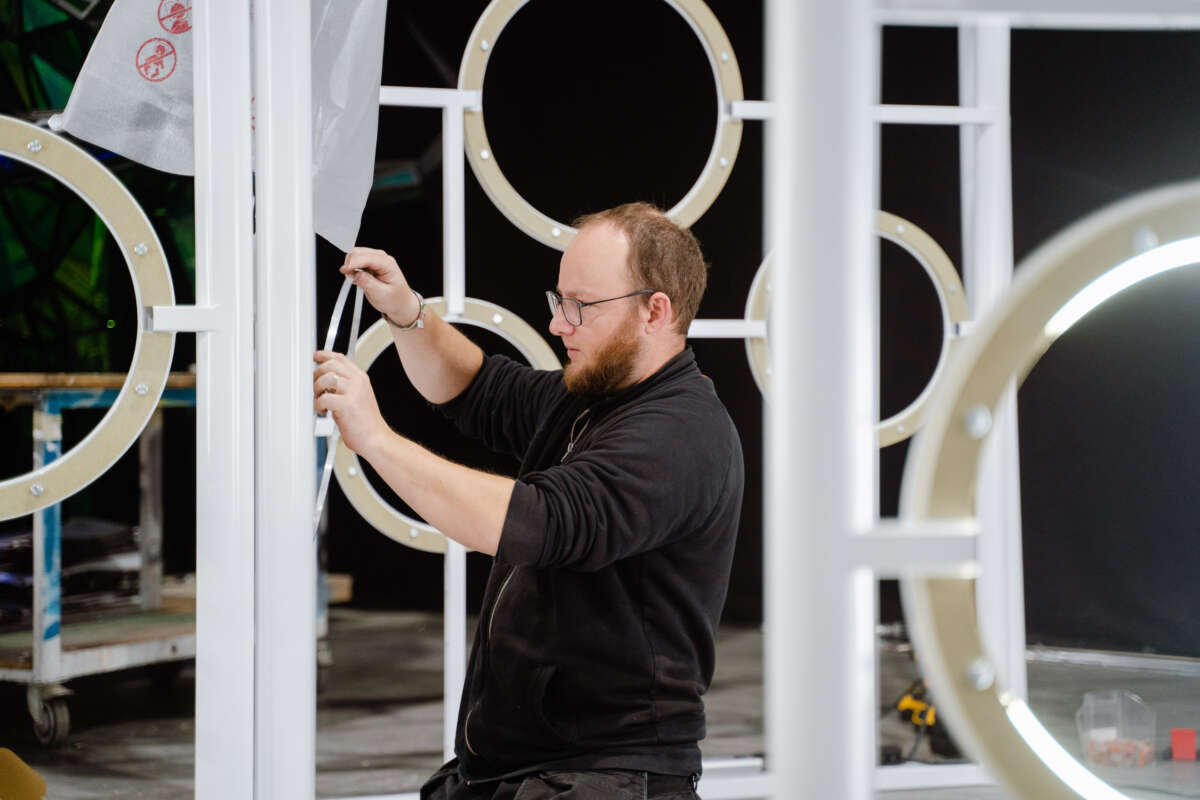 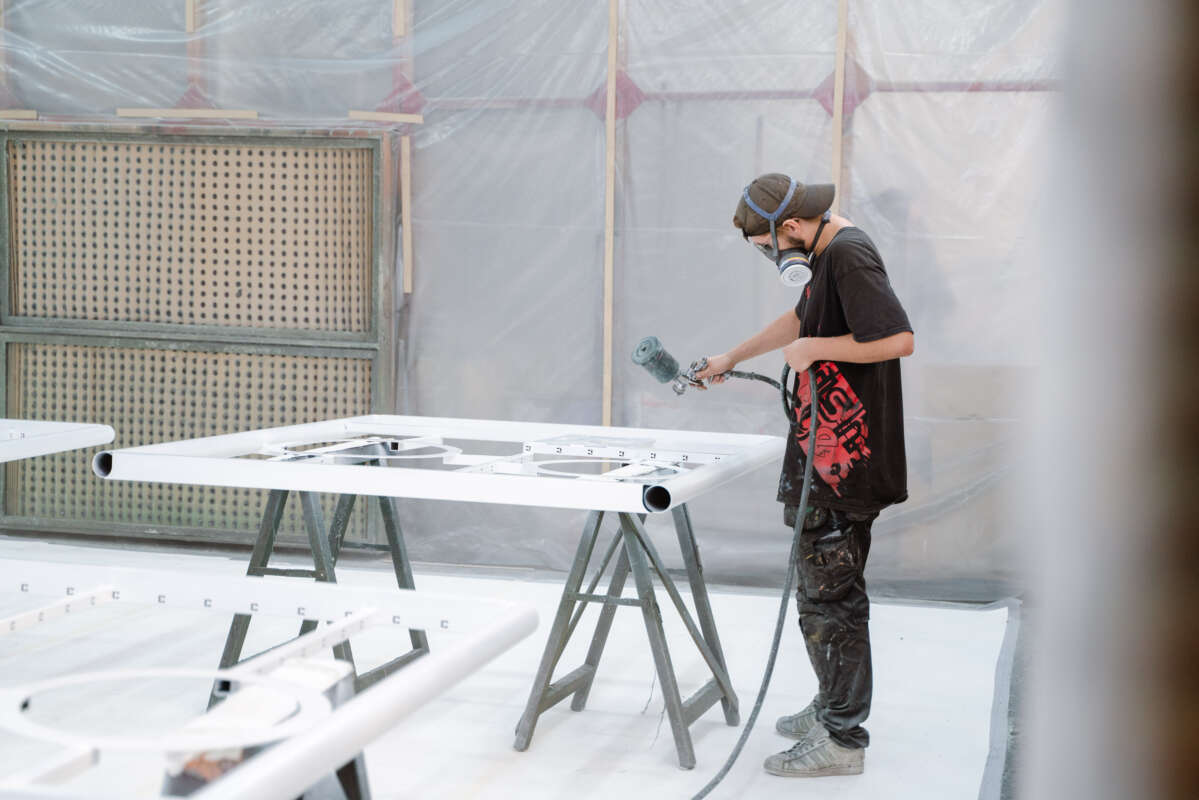 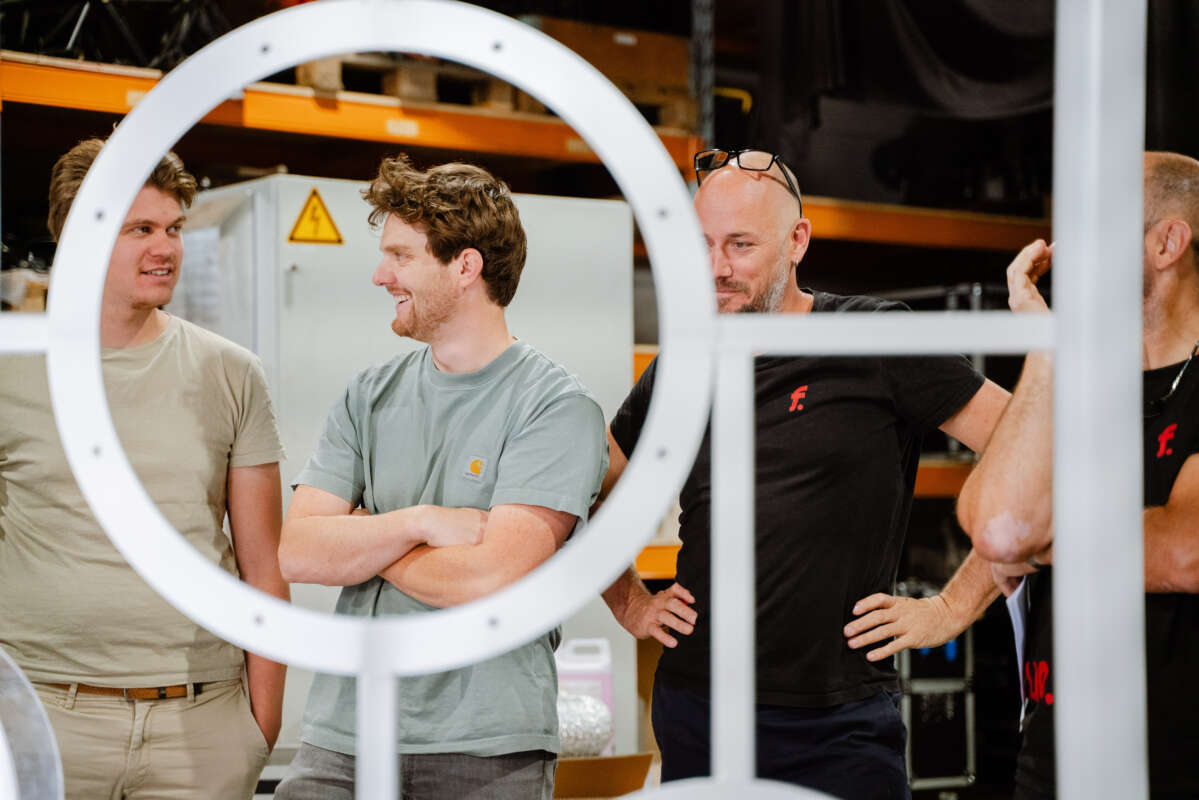 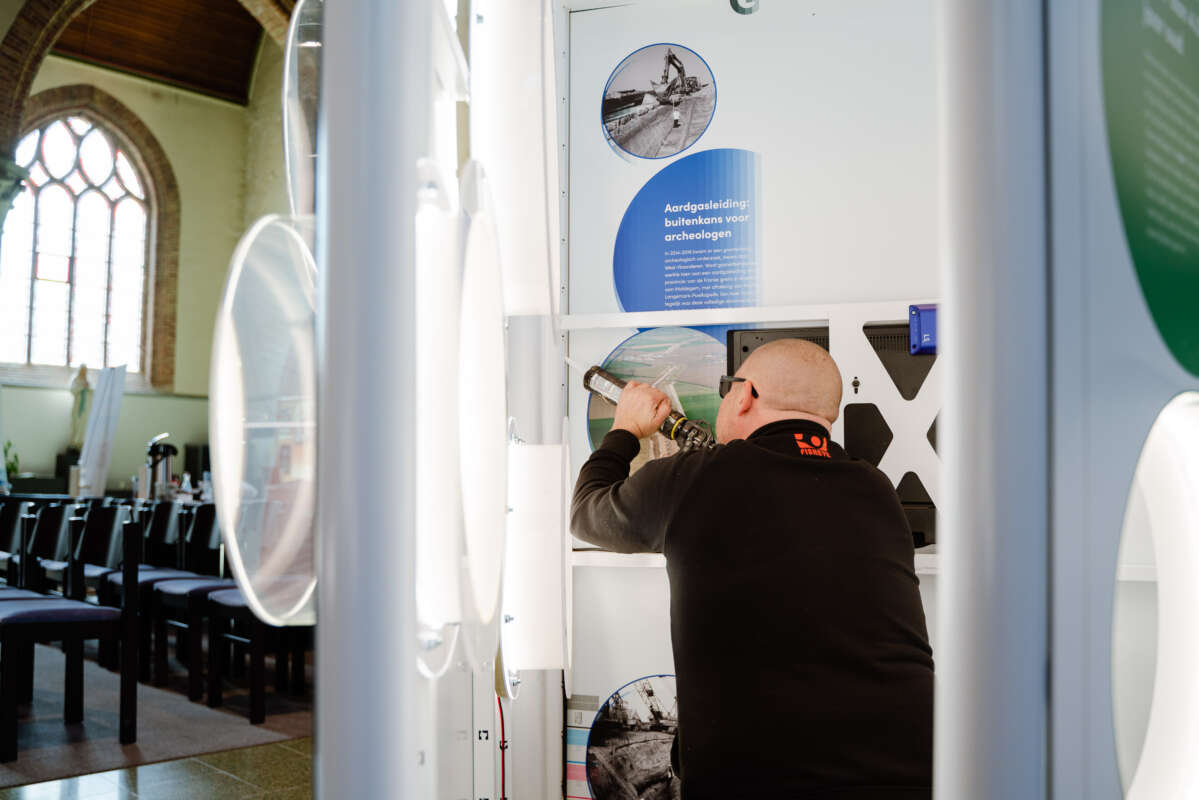 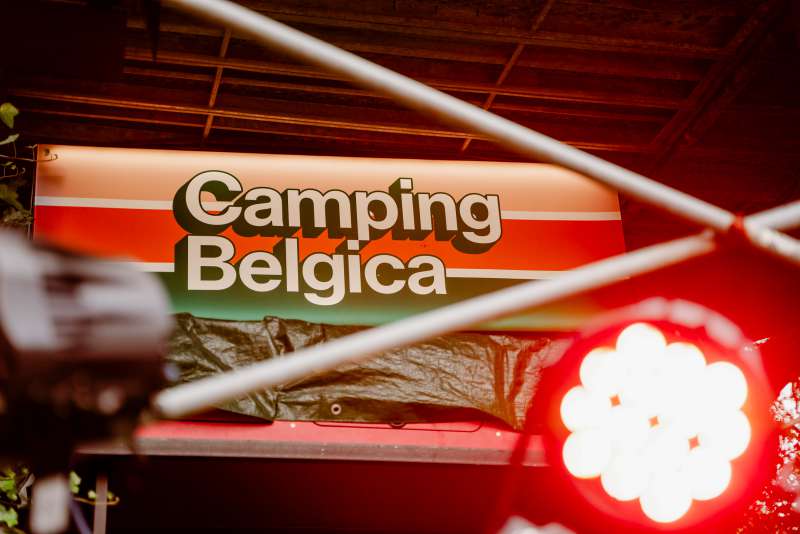 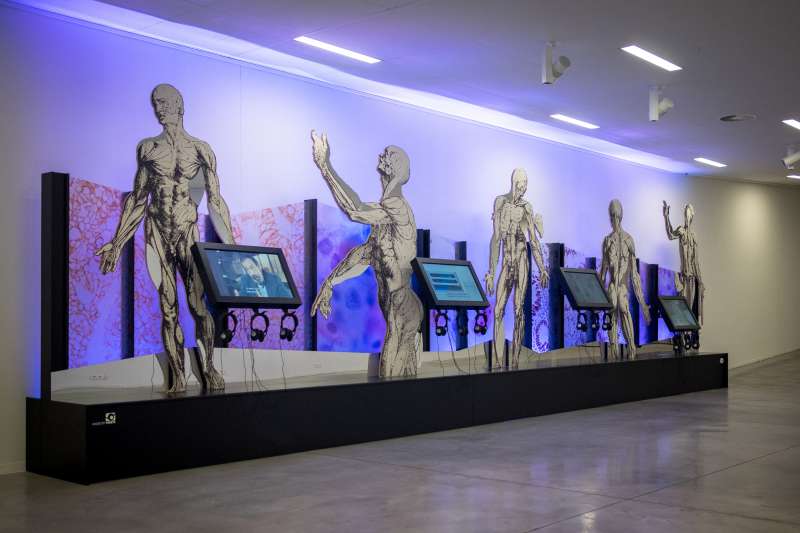 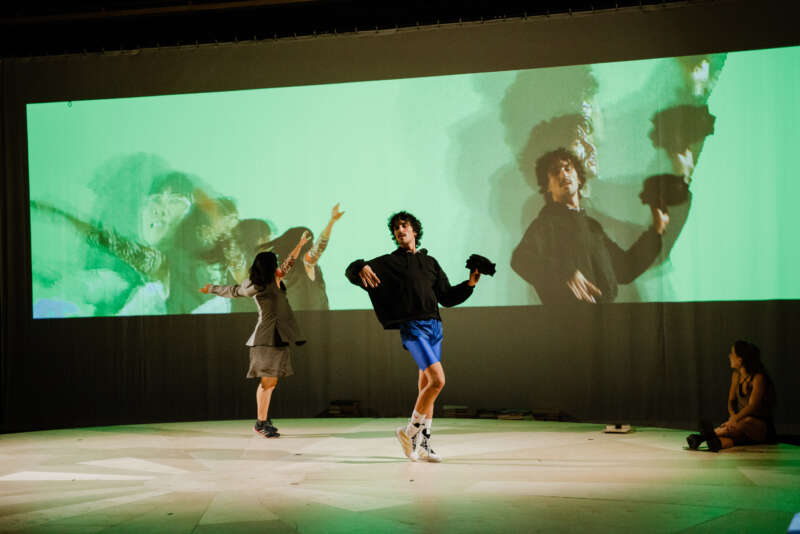