For George Ezra’s 2019 UK Tour Bryte Design reached out to Fisheye for the manufacturing of 48 LED powered Chinese lanterns in a truss based construction. 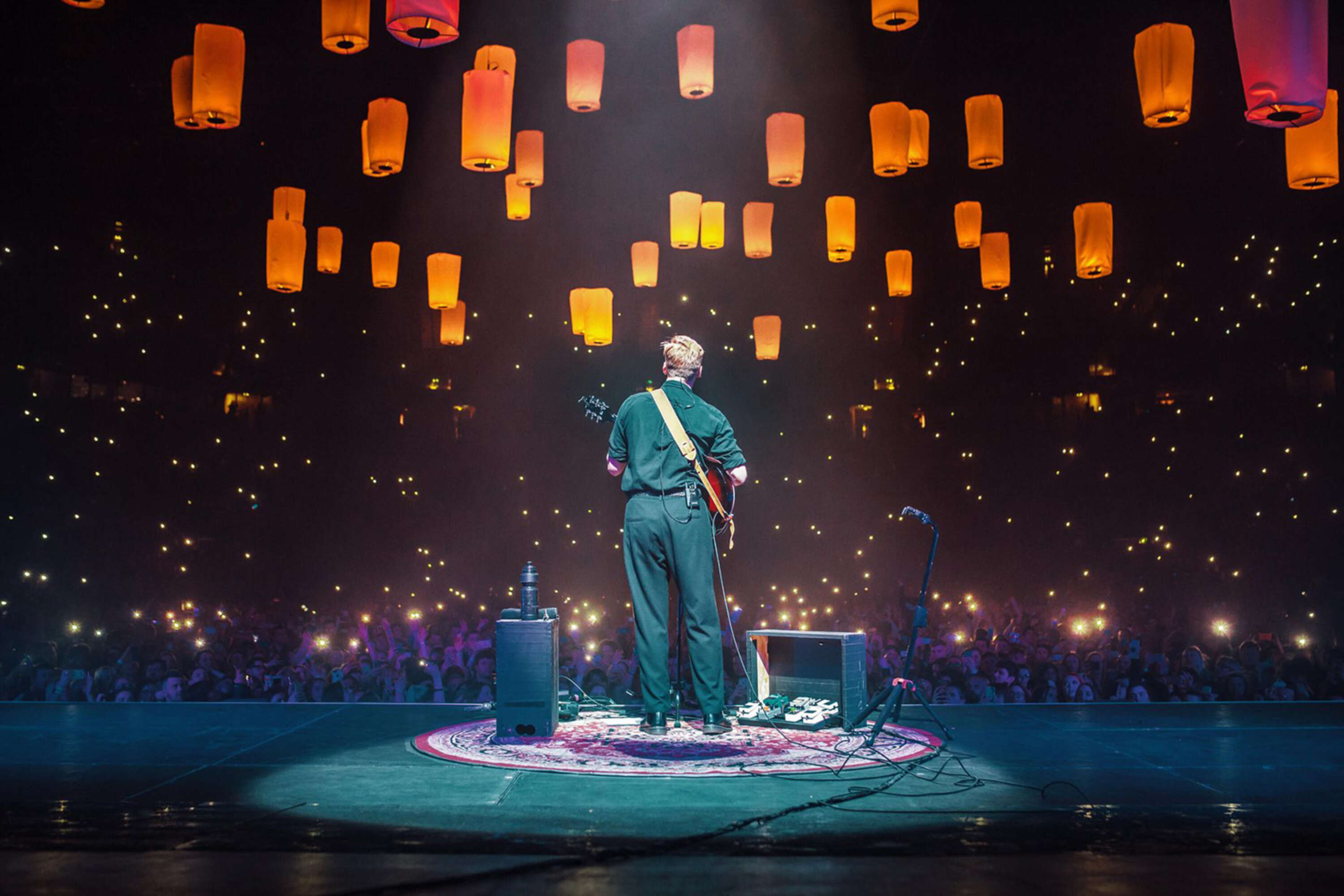 As show designers, Bryte Design were tasked with translating George Ezra’s vision for the tour into a functioning production design, including staging, lighting, set design, visual content, props and special effects. Cate Carter, show designer at Bryte elaborated: “We studied all of the songs from his first two albums. We treated them like a libretto, analysing what they were conveying and trying to brainstorm what could support them visually, be it video, lighting or set.”

When it came to show design, George Ezra was hands-on as Carter outlined: “He knew he wanted to create a living room onstage and make it feel like every audience member in the arena was onstage with the band and to create a really intimate atmosphere. He also knew he wanted the show to start at sunrise and track the course of a day. A combination of this creative direction and narrative made it a really interesting and exciting brief for us.” 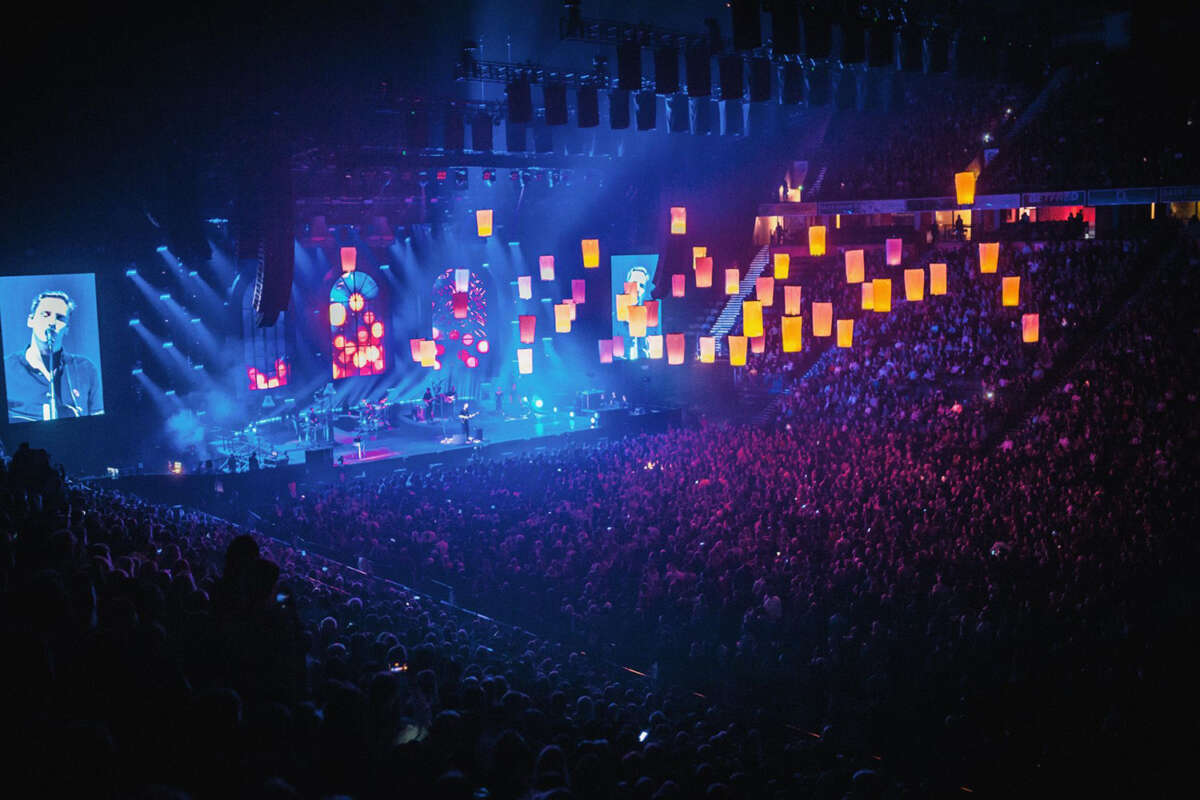 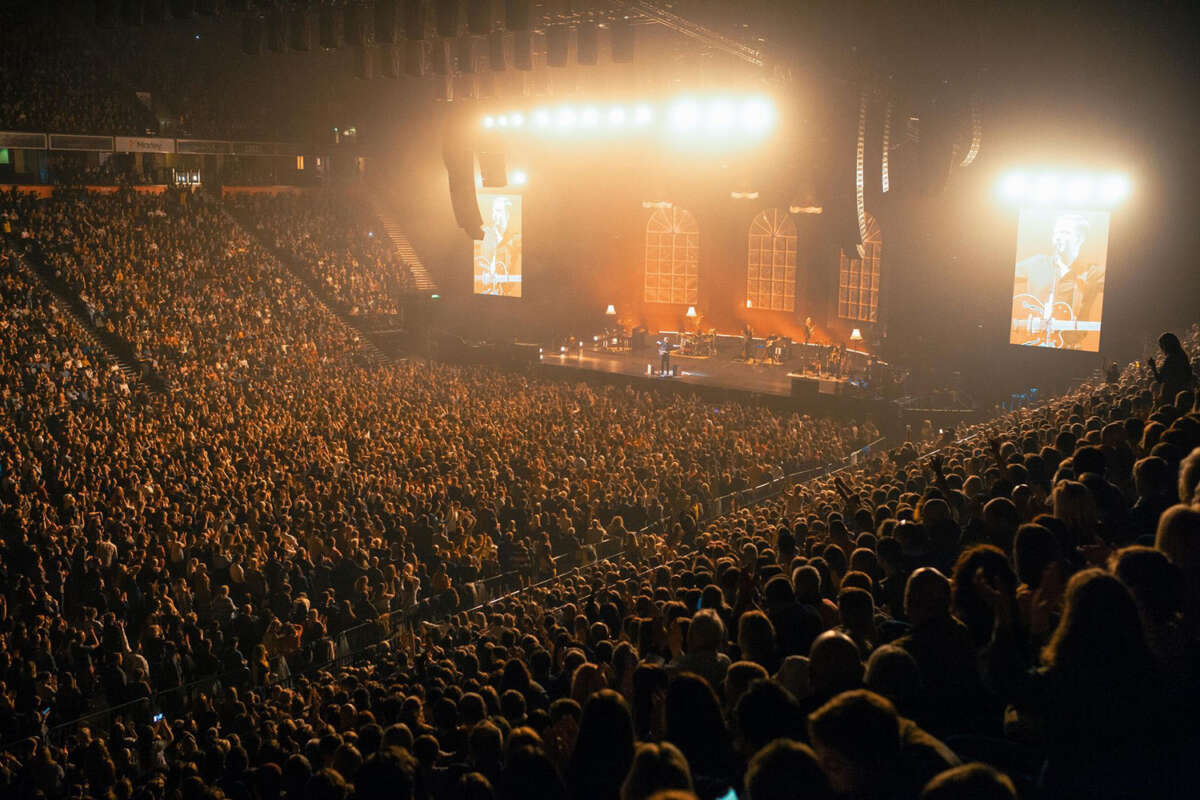 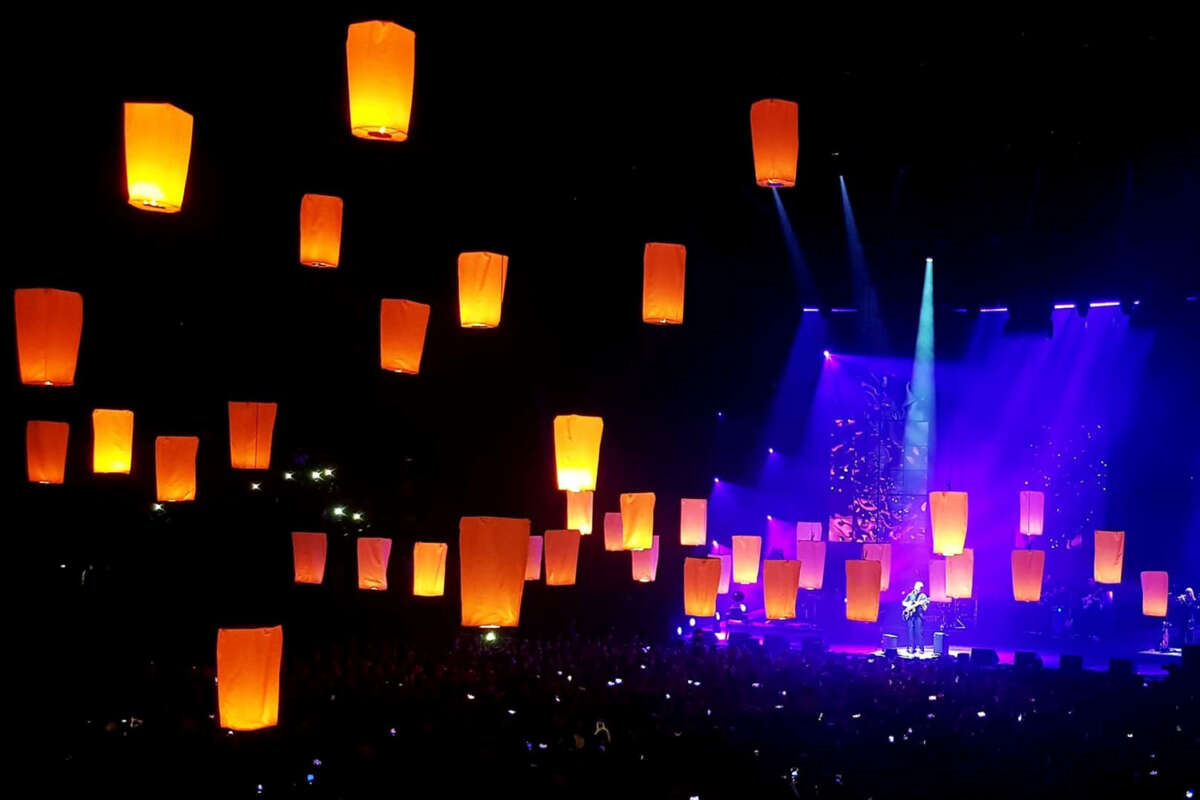 In addition to Specialz’ three giant custom lampshades, 4D Chinese lanterns manufactured by Fisheye created a series of “never seen before effects” in a live gig environment. All 48 lanterns were coated in fireproof parachute fabric and handmade by an old-school sewing machine. With only 10 days to develop the unique lanterns, Fisheye CEO Kris Goubert reflected: “This kind of rock ‘n’ roll job is exactly what Pieter, our technician, loves.” Vernum outlined the concept: “Each lantern has an LED ring around it with a Multi Cell RGBW LED fixture, in order to accurately replicate the flickering light output of authentic Chinese lanterns.”

All 48 lanterns were deployed from trusses both over the audience and overstage using Wahlberg DMX winches. “It’s a special moment in the show. The fixtures were travelled in pre-rig truss and are designed with a built-in magnet to close them up into a travel position. Each lantern featured a custom drape hide so that the audience couldn’t see them until they were deployed. The lanterns reach out into the audience, creating an immersive, beautiful and connective moment between viewers and the performance itself. As the brief specified no B stage or cat walk but wanted something immersive, we thought the lanterns would suit this perfectly.” 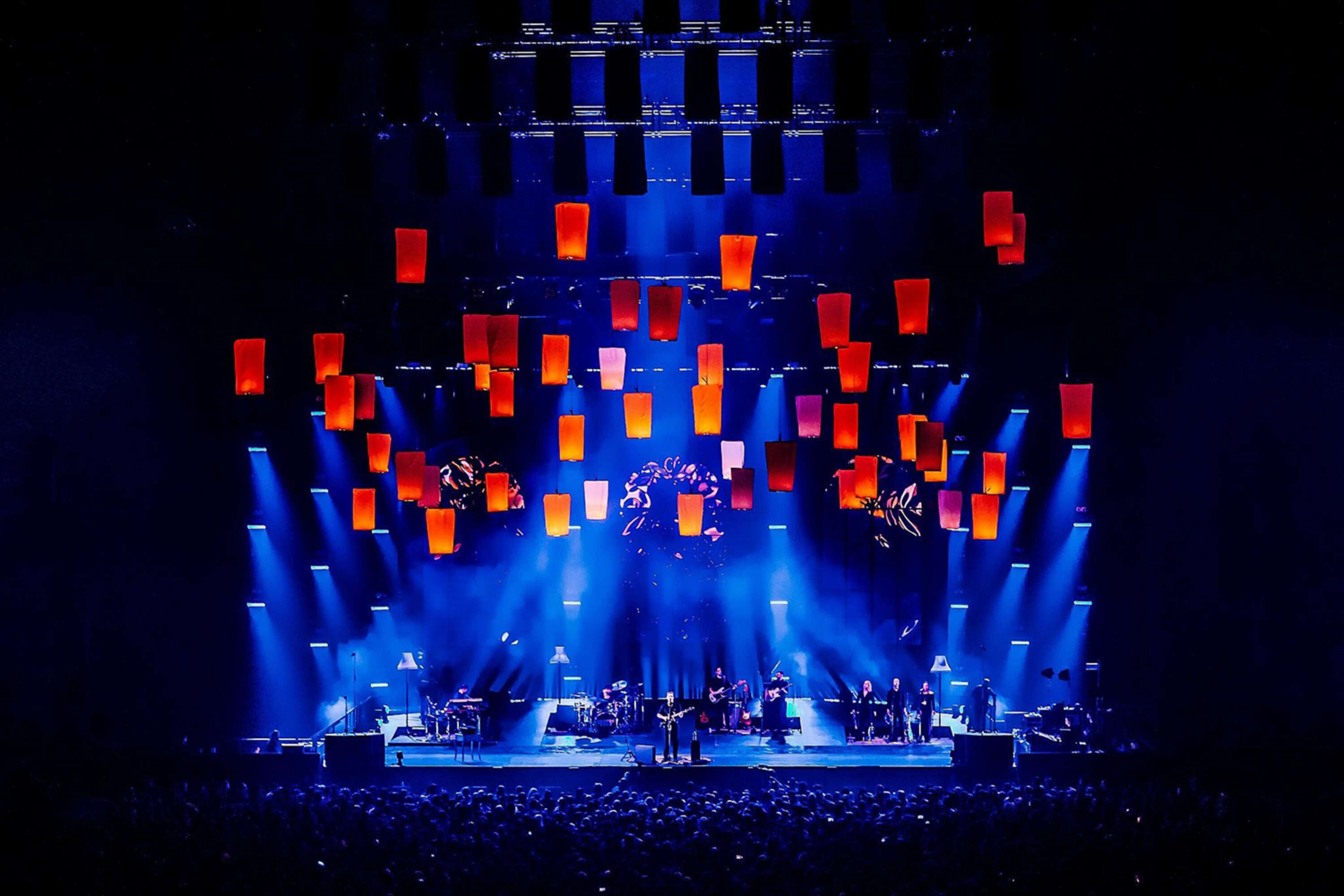 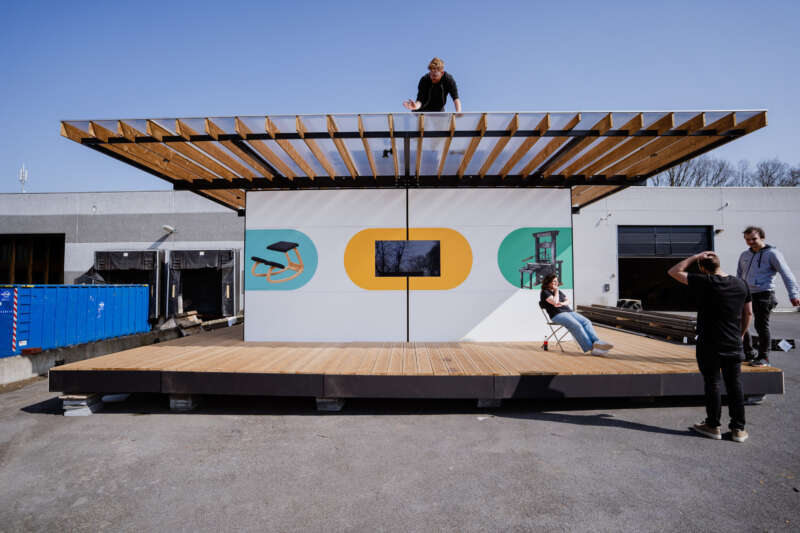 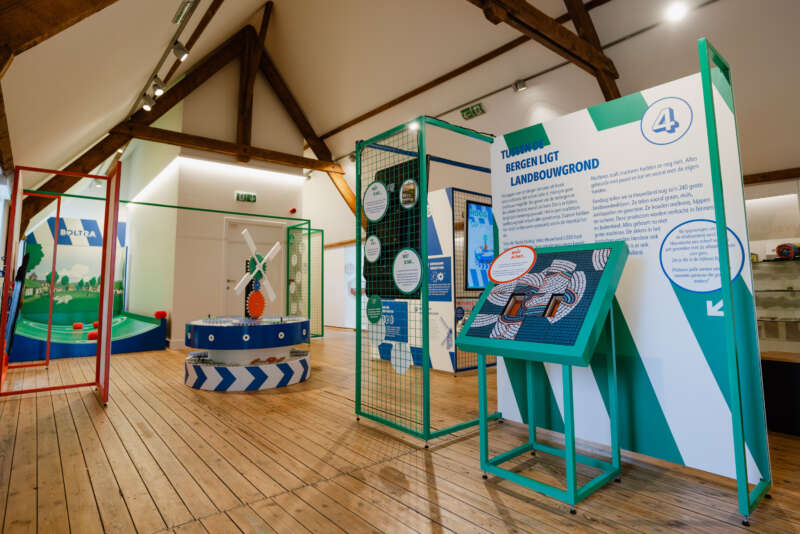 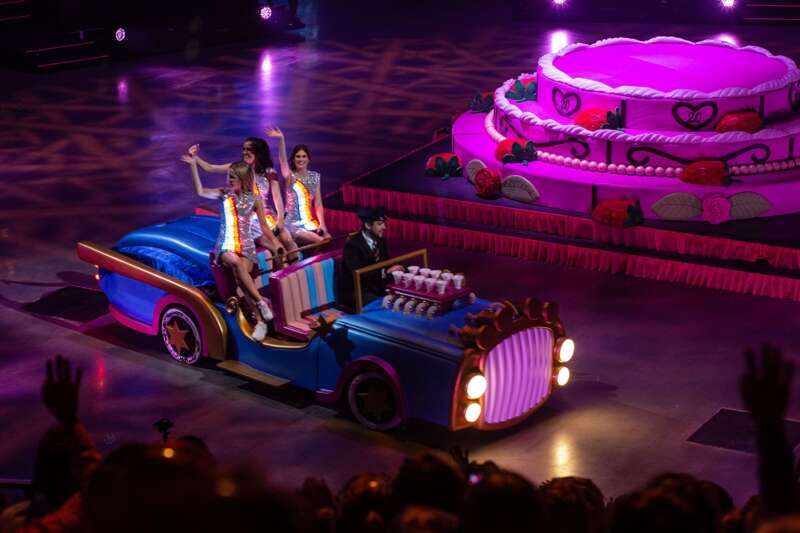